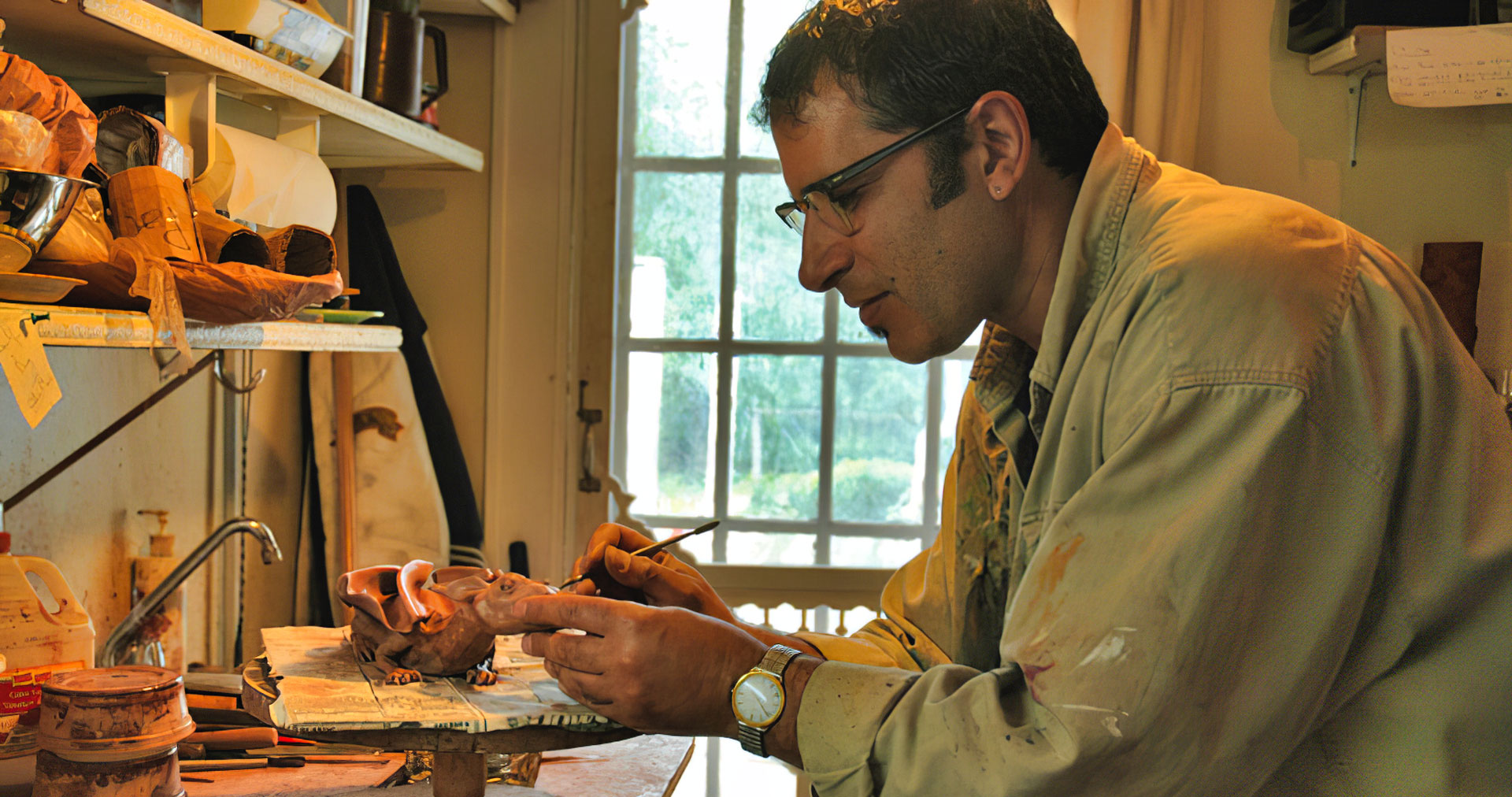 Paul Portelli is a professional sculptor who combines the natural beauty and versatility of terra cotta clay with colour and glazes to create his Greenmen, Venetian Carnival Figures, Regal Rabbits and Murder of Crows. His popular one of a kind pieces have found favour with collectors both locally and internationally. Paul’s works have been exhibited in public and private galleries and are held in private collections in Canada, the US, Europe, and Africa including with Ghana President John Agyekum Kufuor and King Safrotwe Kakradae IV.

He is a specialist in retail design, merchandising and event coordination and operated a gallery/sculpture studio in Warkworth, Ontario for over 20 years. A pioneer of the now well established local arts community, he was instrumental in developing the branding and advertising campaign that helped make Warkworth the popular tourism destination it is today. He remains active in the community and is currently on the Board of Directors of Ah! the Arts & Heritage Centre of Warkworth.

He has worked with many major retailers in visual merchandising and has developed and planned major events for public relations firms in the Greater Toronto Area. His past clients include Holt Renfrew, Microsoft, Proctor and Gamble, Lindt Chocolates and Mercedes Benz. As well as authoring articles in many Canadian publications such as Crafts Plus and Style and Men’s Wear Canada, he has made guest appearances on TV shows such as Cityline, Craftscape, and Savior Faire. After graduating from fashion arts at Seneca College, Paul studied visual arts at the Ontario College of Art and Sir Sandford Fleming Haliburton School of Fine Arts. Paul has been an instructor in the visual arts and business departments of Ryerson University, Sir Sanford Fleming College, Durham College and Seneca College.

Terra cotta clay is extremely versatile. My mask series for instance, incorporates a press mold process in which the faces alone are pulled from molds and then subsequently embellished individually with leaves, fruit and flowers. I like to enhance the natural beauty of the clay with colour and glazes to create whimsical designs in a full range of functional and figurative motifs. Many of my recent works are specifically designed for garden display. After being fired, the sculptures are given a cold wash finish.

I encourage you to enquire about any special commission works you may have in mind.